Tokuroano is a village of approximately 7,000 people whose water supply was dismally inadequate during the dry season. Their system consisted of poorly constructed wells that utilized hand pumps which failed repeatedly. Their recourse was to rely on the women hand carrying water from the river, a situation that contributed to their primitive and unsanitary living conditions. Our goal was to modernize the water system to meet the fundamental need for sanitary, easily available water, which we in this country are fortunate to be able to take for granted.

To meet the Community Water and Sanitation Standards Act the project required that the construction engineer drill a new high volume borehole and install a submersible electric pump housed in a protective structure. The water would then be transported to a large concrete reservoir.

Note that monetary amounts are shown in Ghanaian currency, cedis. (The approximate exchange rate is currently $1 = GHS Cedis 3.8.) Also, the Community Map and the Pumphouse Drawing can be viewed.

SUCCESS: The project was initiated in August 2006 and completed in March 2007 on time and within budget! Such a wonderful achievement was due to the diligent and efficient efforts of everyone involved.
The initial activity was the preparation of the engineering design report to guide the project. Next came the planning process. Lastly, the actual implementation phases were carried out in the village.
The phases of the construction involved:
* installation of the piping system;
* creation of the reservoir to store the water;
* building of the pumphouse and installation of the pump.

The entire project, including feasibility studies, cost $110,000. HIOTWM and the villagers of Tokuroano are deeply thankful for the generous contributions that made this project possible. A most generous sum of over $50,000 was raised by the California State Baptist Convention churches, districts and auxiliaries. On October 1, 2005 HIOTWM sponsored a fundraising event that contributed $12,000. A generous donation came from the Dr. S. William Levy memorial fund. The remainder came from numerous kind individuals. A brass engraved plaque commemorating the project is displayed on the pumphouse wall (see below). This plaque was made and donated by Anderson Engraving of Los Altos. 24 people from the Mt. Calvary Baptist Church in Fairfield, California traveled to Ghana to observe the progress of the Tokuroano Water Project. This was our first major project and it was completed in 2007.

$110,000 was raised to improve and update the water system for the thousands of people in Tokuroano. Thanks to all of you, this project is now a reality! 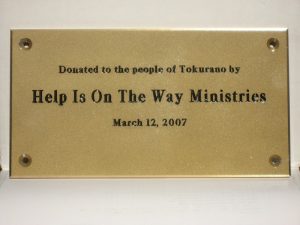 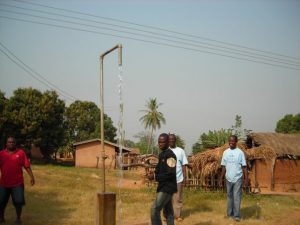 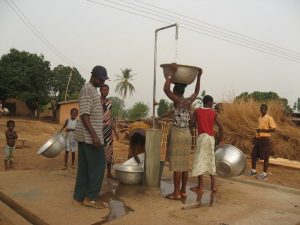 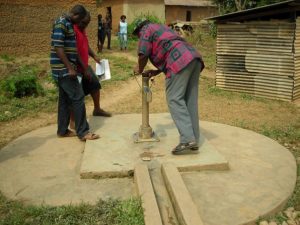 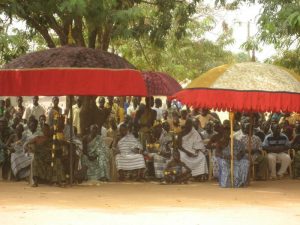 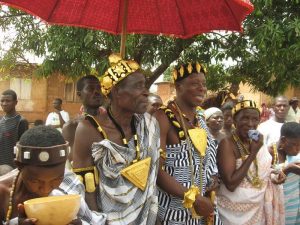 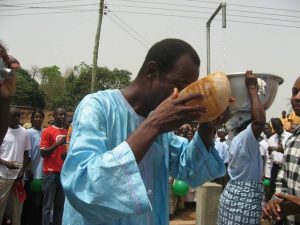 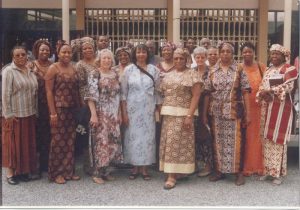