Miracle in the Congo: How a Group of American Doctors Restored Sight to an African Village

Santa Barbara, CA – When Dr. Kris Karlen and ophthalmic technician Charles Narh volunteered with SEE International to perform free eye surgeries in the Democratic Re-public of Congo (DRC), they expected it to be a routine expedition. Most volunteer pro-grams with SEE, a Santa Barbara, CA-based medical nonprofit, entail sight-restoring sur-geries on approximately one hundred blind or vision-impaired individuals. But by the time Karlen and Narh reached the small town of Dienenga this past July, word had spread throughout the countryside. They found a crowd of over four thousand men, women, and children waiting for them. The medical team of four doctors, two technicians, and two nurses rose to the challenge, however, and by the time the expedition was over, the results could only be described as miraculous. Within twenty-six days, the team managed to screen four thousand people, and stretched their supplies to perform more than 250 sight-restoring surgeries.

The DRC is badly in need of volunteer medical services. The sub-Saharan African nation has suffered a great deal over the past half-century, first under the brutal dictatorship of Mobutu Sese Seko, then under a series of bloody civil wars that have yet to be perma-nently resolved. The Fund for Peace ranks it second in its “Failed States Index,” (only outpaced by Somalia) meaning that political stability and government public services are virtually nonexistent. For these reasons, proper health care facilities are few and far be-tween, particularly in rural areas like Dienenga.

An estimated 800,000 blind people live in the country. Most of them have lost their sight due to easily treatable conditions like cataracts – but tragically, since most of them lack access to even basic eye care, they are unlikely to regain their vision without help from abroad. This is where organizations like SEE International, in-kind donors like Alcon, and heroic volunteers like Karlen and Narh come into play. SEE provides the supplies, equipment, and coordination needed for volunteer medical professionals to travel to de-veloping countries, perform free sight-restoring surgeries, and teach local doctors how to carry out more complicated procedures.

Planned in association with Partners in Mission Through Christ, the expedition required two years of meticulous planning, only coming to fruition in July of this year. According to the Rev. Dr. Jonathan Baker, who was instrumental in organizing and carrying out the expedition, finding a US licensed surgeon was the first challenge. When Dr. Karlen and Mr. Narh reached out, Baker was elated. “What a huge blessing these two gentlemen brought to the mission!” he recounts. “They arrived with bags and bags full of dona-tions…and hearts ready to serve!” Karlen and Narh are no neophytes when it comes to volunteering their medical expertise overseas. Both men have traveled to Ghana (Narh’s native country) on multiple occasions, and Karlen has volunteered in Nigeria, China, Uganda, and the Turks and Caicos Islands as well.

The medical team faced another challenge when it arrived in Dienenga on July 8th. Cus-toms officials in the capital of Kinshasa delayed the release of vital supplies and equip-ment that had been provided by SEE and Alcon, until July 11th, a full week after they were scheduled to arrive.

In the meantime, patients began to arrive in droves at the clinic site. Over 2,300 patients had been registered and screened by the 11th, but surgery could only begin when the sup-plies arrived. Once they did, the medical team began surgical shifts of up to sixteen hours. By the 13th, the glut of prospective patients had become so great that the clinic had to suspend registrations. The group’s translator, Adolphe Yamba Yamba, had to appear on the local radio station to announce that no more patients could be assessed, but that the team would likely return in 2015. Local pastors sometimes visited the clinic to help me-diate the situation, if needed.

In spite of all these hurdles, the medical team remained undaunted. By the time the clinic ended on July 24th, a total of 250 people who had been blind could see again. Parents could go to work and care for their families. Children could go to school and play with their peers. Grandparents could see their grandchildren for the first time. Family members who had previously been a burden on their loved ones now could live independent lives. For all these individuals and their families, poverty will be at least partially alleviated. And now, local doctors know how to easily and inexpensively treat cataracts, pterygia, and other curable eye conditions.

In short, thanks to the generous efforts of Dr. Karlen and Mr. Narh, Dienenga has been transformed – and likewise, Dienenga has transformed them as well. “My heart goes out to the people of the Congo,” reflects Narh. “I felt so close to them. I will never be the same after this. It has changed my life forever, and I can’t wait to go back.” There is still a great deal of work to be done in the DRC – 250 people out of 800,000 is only a drop in the bucket. All in all, however, it is a terrific start, and more SEE expeditions to the DRC have been scheduled. As long as amazing people like Kris Karlen and Charles Narh have the will and the energy to devote to the cause of eradicating preventable blindness worldwide, SEE International will remain up to the task.

About SEE International
Surgical Eye Expeditions (SEE) International is a nonprofit, humanitarian organization that provides medical, surgical, and educational services by volunteer ophthalmic sur-geons with the primary objective of restoring sight to disadvantaged blind individuals worldwide. Since 1974, SEE has examined over 3.2 million men, women, and children, and performed more than 440,000 sight-restoring surgeries. www.seeintl.org 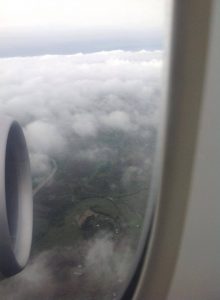 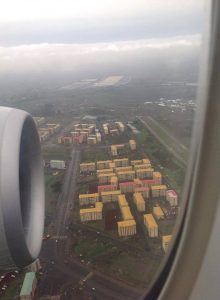 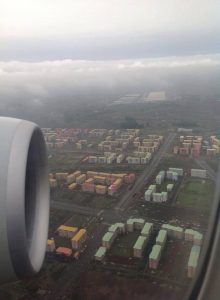 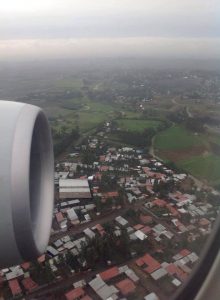 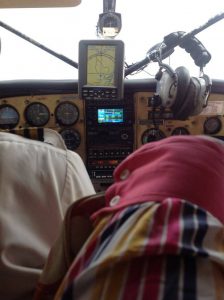 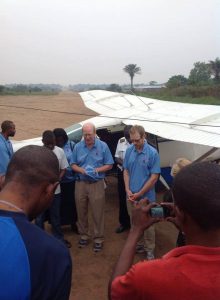 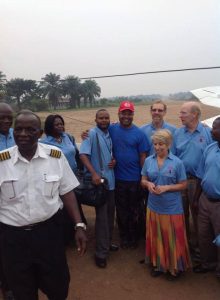 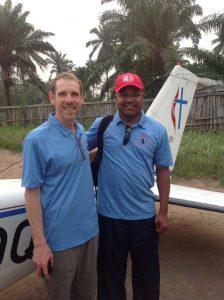 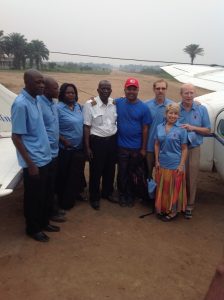 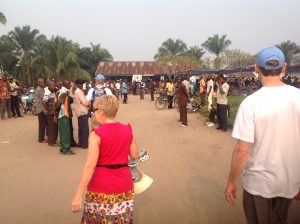 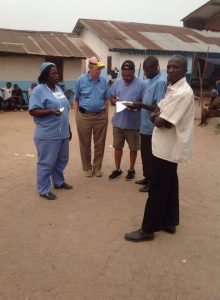 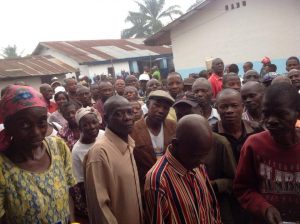 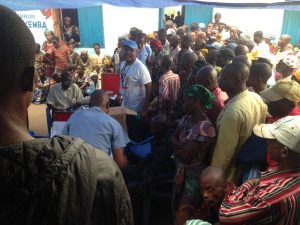 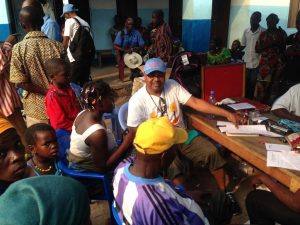 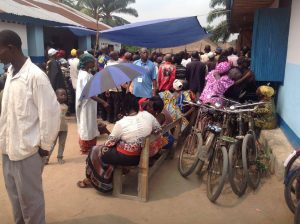 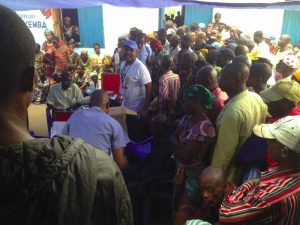 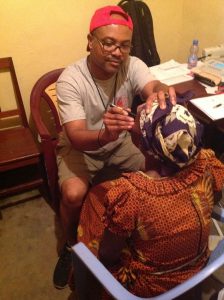 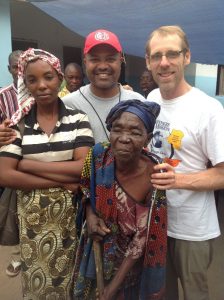 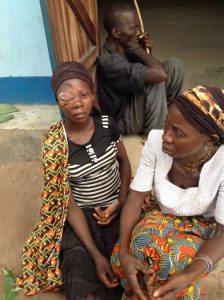 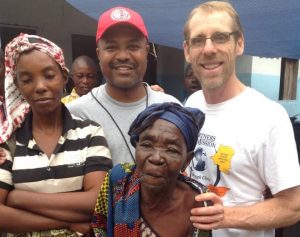 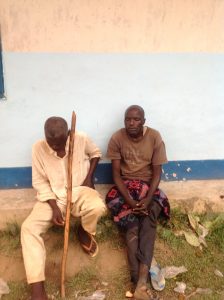 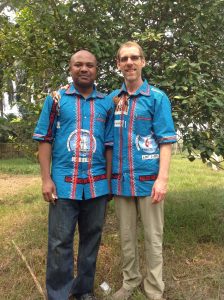 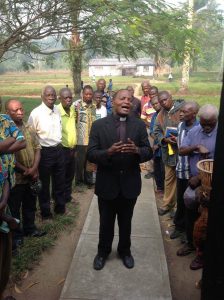 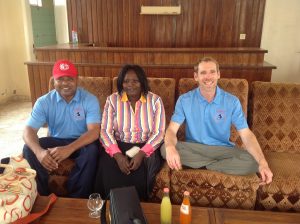